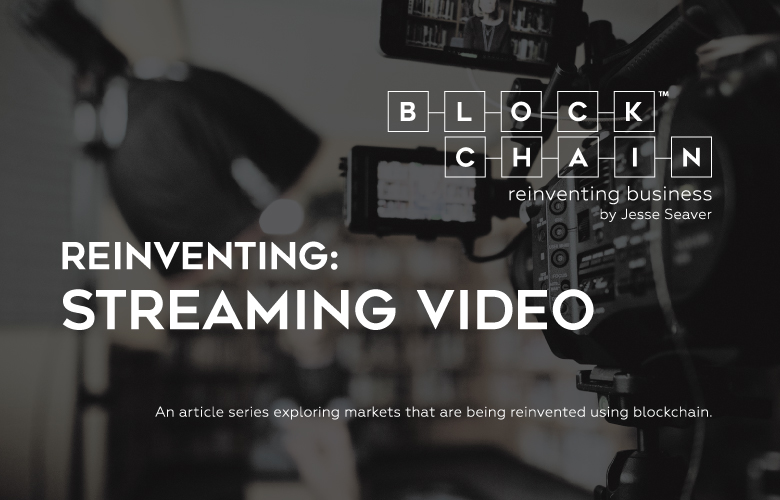 No matter the application, it’s being made clear that for almost any industry, and its associated vertical applications, decentralization provides a gateway to performance.

Whether this is performance in terms of security, or efficient data distribution and delivery, we are all better off if we all contribute to the processing and delivery of the data that we all need, versus all relying on a central provider to do it for us. We are also being shown with blockchain, that we can all be made stakeholders and benefactors by participating in the decentralization and processing. While many immediately think of Bitcoin mining in this context, it is becoming clear that it’s much more far reaching than this.

In this article, I will aim to show how these two things can come together to achieve greater performance and benefits for the users of streaming video services. I’m referring to the services you probably use every day, like YouTube, Vimeo, or Netflix to name a few of the main ones. Later on, I’ll introduce a new player in the game as well, Theta Labs, inc.

First, let’s look at how the video gets from the service provider to you at present.

Decentralizations benefits really just start to make sense when you start looking into how data is delivered today. Often, if not always, it comes to you through a content delivery system (a CDN) which relies on having as broad a network of strategically placed servers as distributed as possible, in order to be geographically close to all the consumers of the content. For high demand and high data count content sources, such as video, this very quickly becomes a huge problem. There simply aren’t enough servers on the CDN to provide all of us with a constant reliable, and nearby data source that can ensure smooth playback for all users. The distance between that CDN server and you is the key here. In the telecommunications industry it’s often called ‘the last mile.” This refers to the very last leg of network that delivers the signal from the last CDN server, to your laptop screen for your viewing pleasure. So, when your favorite Game of Thrones episode all of a sudden stops and and re-buffers itself with a loading icon, this last mile syndrome is typically what is happening. There simply isn’t enough room to get everyone the signal they all need on that ‘last mile’, and it becomes a game of catch up. Le me be clear, I am fascinated every day with my 4K Netflix experience, but thats also a paid premium service. With free advertising based services, I am often underwhelmed, and this is due to the content delivery last mile shortfalls.

How can we eliminate that Last Mile Syndrome? 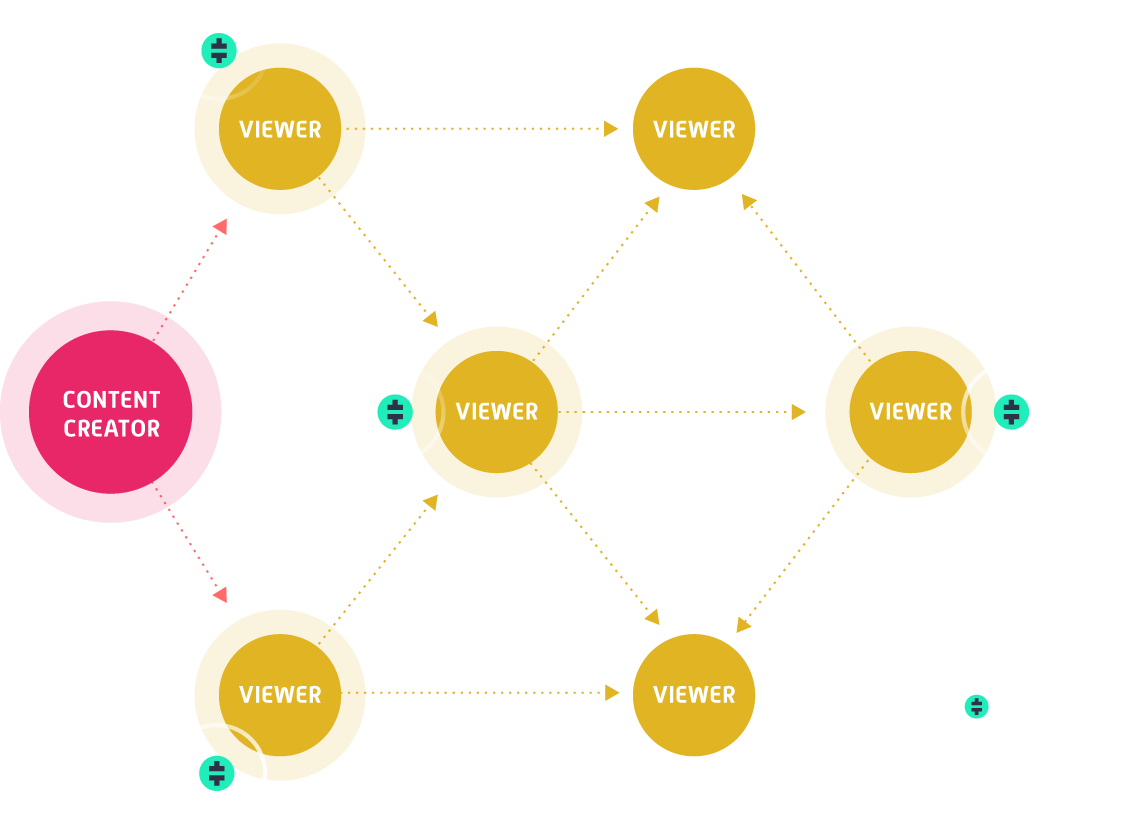 Using a decentralized, peer to peer network, instead of relying on a CDN to deliver the data, all the users of the network (you and your peers) agree to share their extra computational power, and in essence, become the CDN, even though it’s now referred to as a Decentralized Streaming Network, or DSN. Now, depending on the density of your geography, the ‘last mile’ may essentially not exist!

As an example, let’s say your neighbor is on vacation, but chose to leave their computer on as a video streaming host. Now, like those strategically placed CDN servers, their computer can work to help stream you your video. The beauty of machines is that they don’t mind if we ask them to work all the time, and computers are the best example of this. Interestingly enough, it’s can actually be more energy efficient to have more smaller machines than to have clusters of larger ones trying to deliver content. So, from the perspective of power consumption, allowing your computer to run all night and help deliver content to your neighbor is more efficient as a whole, making this a ‘green’ idea as well.

With blockchain - when we are all helping to stream the video, we all get rewarded for our help.

Here’s where the magic of blockchain comes in, once again, to sit on top of the decentralized streaming network concept outlined above, to track and reward those who participate in helping to deliver content. Let’s use the above example of your vacationing neighbor again, and their computer that has been left on to help stream the neighborhood videos. Because the data that is streamed can be tracked and translated into a value from accompanying advertisement, and user engagement, all the video that they help stream can be equated to a value. Through the process of creating tokens as they stream data, your neighbor is rewarded with a tangible asset they can then trade on a digital currency exchange if they wish. This literally means, you could make money (in tokens) while you are sleeping by allowing your computer to run and serve up videos. And, on top of that, if enough of us do it, the quality of our Game of Thrones marathons is better than ever. It’s a win, win! In addition, additional tokens can be earned by user engagement, even if being a streaming host isn’t interesting or possible.

Theta Labs, Inc aims to be the first to launch a DSN where users are incentivized to share their redundant bandwidth and memory resources in exchange for tokens. Their open source protocol is able to power the DSN and will also allow for vertical decentralized apps to be built on top of the platform. These will enable esports, movies, education, enterprise conferencing, peer-to-peer streaming, and more.

“We’ve been on the cutting edge of live streaming technology and by leveraging blockchain we will truly be able to transform the video and entertainment industry,” ~ Mitch Liu, Co-Founder and CEO of Theta Labs, Inc.

“Theta’s innovation is set to disrupt today’s online video industry much in the same way that the YouTube platform did to traditional video back in 2005. One of our biggest challenges had been the high costs of delivering video to various parts of the world, and this problem is only getting bigger with HD, 4K and higher quality video streams.” ~ Steve Chen, Co-Founder of YouTube

The Theta blockchain is the only end-to-end infrastructure for decentralized video streaming and delivery that provides both technical and economic solutions, and utilizes:

Global Reputation Consensus – When a new block is mined, all caching nodes must verify the reputation score of the caching node that mined the block, and thus form a global consensus on the block reward.

Proof-of-Engagement – Proves viewers legitimately consume the video streams, providing transparency to advertisers and a basis for viewers to earn Theta tokens in return for engaging with the content.

A project of Silver.tv, of the the leading VR live streaming companies, the founding team has a combined 30+ years of experience in the video streaming space with advisors including Steve Chen, Co-Founder of YouTube, and Justin Kan, Co-Founder of Twitch.

In December, Theta ERC20-compliant tokens will be implemented on the SLIVER.tv platform as an application token for virtual gifting and incentivizing streamers. Additionally, they will be utilized by advertisers and brand sponsors to fund their ad campaigns and support key content creators. These ERC20 tokens will be 1:1 exchangeable for native Theta tokens when the new blockchain launches, planned for Q4 2018. Pre-registration is now open for the public token sale scheduled to begin January 2018. This is one of the most exciting new blockchain ventures I have heard about and am happy to share them with you today. I hope you agree!