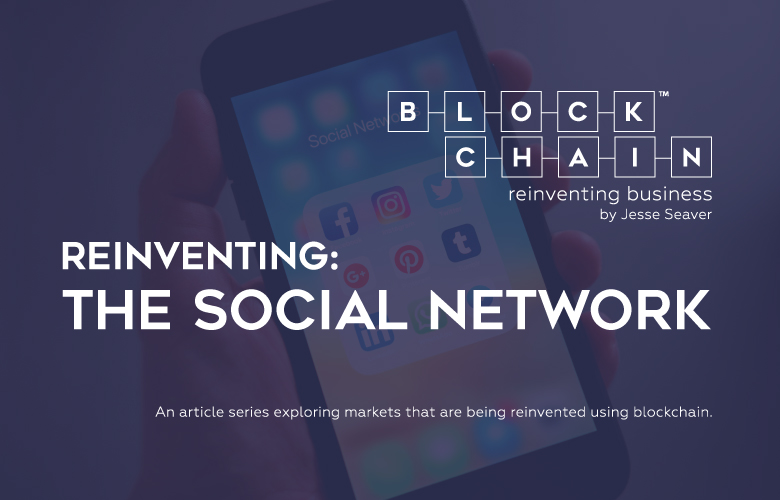 There are not many example technologies that have changed the world we live in as much as Social Networking (or Social Media). Even the term itself is just only a decade or so old, with the first social networking site, SixDegrees launching in 1997 and lasting until 2001. Other sites like Friendster and Myspace became the temporary conveyances of the phenomenon, and ultimately Facebook, Twitter, and Instagram (among some others) have now become the staple social norms that in all likelihood will prevail for our lifetimes. And, for the most part, aside from the few friends and family members who still haven't for various reasons, we have all taken part.

When I think about this, my mind goes to all content we have collectively created. Think of all the content you, your family, and your friends, have provided! Countless photos, social statements perhaps in the form of blogs, or just status updates. Your thoughts, opinions, viewpoints, passions, likes, and dislikes - all combined into a massive trove of actionable data that is now proving to be a profitable platform for advertising and growth. As users of these modern webs of information, we must remember that nothing is for free in this world. If there is no cost to sign up and use a system, then your information is the payment. Your words, your photos, your songs, and your ideas are the currency. You are exchanging them for not paying membership fees to have rights to the content. I am not saying this is a bad deal for you, but it is the deal with most of the major social networks you probably post on a regular basis. I am also saying that there is another way a social network could be structured, in a way that actually passes ownership to the people creating the content in the first place.

Why is there value in your content? In a nutshell: As you create content, the social network gets that content,as well as the data on content you like, to sell advertisements on top of. What if, instead, you and the users who created the content in the first place were also the ones who sold the advertising, and profited from the revenue.

**The blockchain can reinvent the profit model of the social network, and make all users owners. **

How? As you know, tokens are created on a blockchain and then represent value for the token holder. (If you need to get up to speed on how this all works, check out this ‘gentle introduction to digital tokens’ that I like.) Everyone who holds those tokens hold a piece of the pie in the value of the collective token pool. The overall price of the token is then translated into an amount that each token holder can execute with others who wish to buy and sell the tokens. So, any system where we can 'tokenize' the value share, means that we can easily split up and share the value of the overall value. If I own one token, I own one share of the value. If you own ten, you own ten shares and so on. There is always a fixed number of tokens in the system at hand.

Now, let's apply this structure to the idea of a social network.

But it doesn't stop at simply profit sharing; this also translates to a voice. Token holders become owners who can voice their opinions on the platforms overall direction, and policy - such as who is and is not allowed to advertise.

Narrative Ltd. is announcing the launch of its new content and social networking platform, in which the community members reap the benefits of their contributions, and make the rules as I outlined above. Check out their awesomely designed website that beautifully tells their story and concept. Or, dive right into their whitepaper.

Narrative’s value is based on the Ethereum blockchain. However, users don’t need to know anything about cryptocurrencies to take part, and can even choose to receive rewards from their earned tokens in fiat currency such as USD, rather than on existing tokens. Users make money from any contribution to the platform: writing posts and comments, posting images and monitoring content.

A personal journal where writers create their content and write to their heart’s content, either for themselves or their readers.

Niches where users create content and participate in discussions, separated according to the topic.

“We’re creating a content economy, where creators, moderators, and everyone who positively influences the network gets rewarded.” ~ Ted O’Neill, Founder of Narrative and Social Strata.